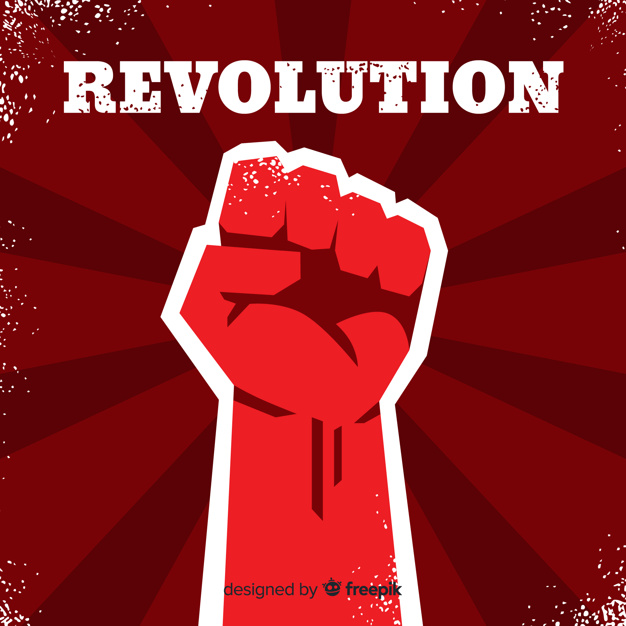 Howard Zinn’s A People’s History of the United States brings the first words of The Communist Manifesto vociferously to life. The lens that ‘all history is the history of class struggle’ produces a fresh and necessary story of how America developed over the past five centuries. The Marxist historian’s work orients our lives in terms of long-standing political and economic struggles, and it guides us towards a more equitable future by inspiring us, the working class, to fight for a society worth living in. American history, as well as America’s future, is our story— not the story of a few ‘Great Men.’

The historian bluntly states that he wrote the book to disrespect stories that tell American history from a detached point of view, those narratives that eschew the lives of the masses in favor of stories about statesmen, their policies, and their governments. By focusing on so few people, they, “understate revolt, overemphasize statesmanship, and thus encourage impotency among citizens” (Zinn, 649). Instead, he takes up the lost stories of working people, women, people of color, immigrants, and Natives — the groups that have always comprised the majority of American society— in order to emphasize their historical importance and current potential.

Whether it is through documenting that the American Revolution primarily benefited white, landowning men who used their power to install a government favorable to their economic interests or exposing the hypocrisy of America fighting in World War II with a segregated army, Howard Zinn writes with a keen eye for injustice. He has no shortage of material to draw from. After all, the US Government began with the Founding Fathers deliberately setting up, “a strong central government to protect the interests of the bondholders, slave owners, land speculators, [and] manufacturers” and has not wavered in its disdain for the vast majority of people living within its borders (Zinn, 637). By focusing on people who were marginalized — and who continue to be marginalized in historical literature— Zinn sharpens our ability to see the quiet miseries inherent to our contemporary society.

And yet, this history is not a history of misery, deprivation, and resignation. It is the story of struggle and solidarity. No epoch of American history is without its fight for equality. Whether it is Native Americans fighting against genocide, white servants fighting in solidarity with black slaves for freedom, the multiracial resonance of anti-war protests, and so on, A People’s History of the United States leaves no room for resignation in any decade of American history. We live today with the benefits of their struggles— both materially and inspirationally, since we learn that millions before us have organized, boycotted, and striked for justice, which should fortify contemporary progressives.

Of course, Zinn has certain blindspots. Part of this is inherent to any project of this magnitude: it is simply impossible to include everything into a history of America. But certain oversights are profoundly unfortunate. Zinn’s history of the 1960s could have been made stronger by a deeper dive into the mobilization of US Government forces — the CIA, FBI, COINTELPRO, etc. — for the assasination of activists like Huey P. Newton, Martin Luther King Jr., Malcolm X, and countless others. The book only mentions this in passing, and its cursory treatment of the government’s entrenched racism does a disservice to his own goal of exposing America’s racism.

Furthermore, the book is dated in its oversight of intersectionality. Kimberly Crenshaw had already coined the term ‘intersectionality’ ten years before the book’s publication, so it’s absence is hardly understandable. While Zinn chronicles the struggles of various minorities, he often fails to emphasize overlapping identity traits. Many chapters begin by discussing workers, then race relations, then gender issues— as if there were no such thing as working class black women.

Despite these faults, A People’s History of the United States is overwhelmingly successful in lifting up the voices of the disenfranchised. And, more importantly, it calls today’s oppressed to action in a way that is not naive.

When writing about the last decades of the twentieth century, those decades that remain most palpable in today’s neoliberal regime, he writes about the Establishment at large— and how people have divested from it. In the final decades of the 20th century, national discourse reflected, “a limited vision…[of] capitalist encouragement of enormous fortunes alongside desperate poverty, a nationalistic acceptance of war and preparations for war;” “governmental power swung from Republicans to Democrats and back again, but neither party showed itself capable of going beyond that vision” (Zinn, 563). This apparent collusion between Democrats and Republicans, along with stagnating wages, looming ecological catastrophes, and needless wars, bred political resentment and apathy.

He emphasizes that the vast majority of citizens do not approve of any given president at a given time. For starters, only half the adult population even votes— and about half of them do not vote for the eventual president. Electoral outcomes had little overlap with the will of the people. By the mid 90s, “surveys showed the public were more inclined than either major party to curtail the military budget, tax the rich, clean up the environment, have universal healthcare, end poverty” (Zinn, 643). Although Zinn is quick to note that thousands of groups had mobilized to fight for such causes, he remarks that they lacked  a national political movement. Mainstream nationwide politics failed to engage with the populace. Zinn’s analysis of potential outcomes proved to be prophetic.

Writing this in the late 1990s, he explained that the outlets for this dislocation could be conservative or progressive— foreshadowing today’s Alt-Right and Democratic Socialist movements. In a way that mirrors Bernie Sanders’ callbacks to FDR, Zinn reminds us that the 1920’s harbored a growing KKK, whose membership had reached into the millions, but widespread resentment was channelled, instead, into trade unions, farmers’ unions, and socialist movements that were receptive to the New Deal. As was effective in the late 30s, a nationwide multiracial workers’ movement — which would unify struggles across various domains, from gender politics to ecological justice— would vitalize the country’s politics and save us from right-wing tyranny.

At times, especially in the concluding chapter, it feels as if Howard Zinn were ghostwriting Bernie Sanders’ speeches. Not only do they call for a working class movement, but they embrace the transformative powers of communal struggle. Both Sanders and Zinn acknowledge that profound change is difficult. And they both acknowledge that such a movement, once started, would be impossible to suppress because a united, determined population renders the elites’ tools — money, control of information, and weapons— useless. And, most importantly, both understand that a working class movement is necessary.