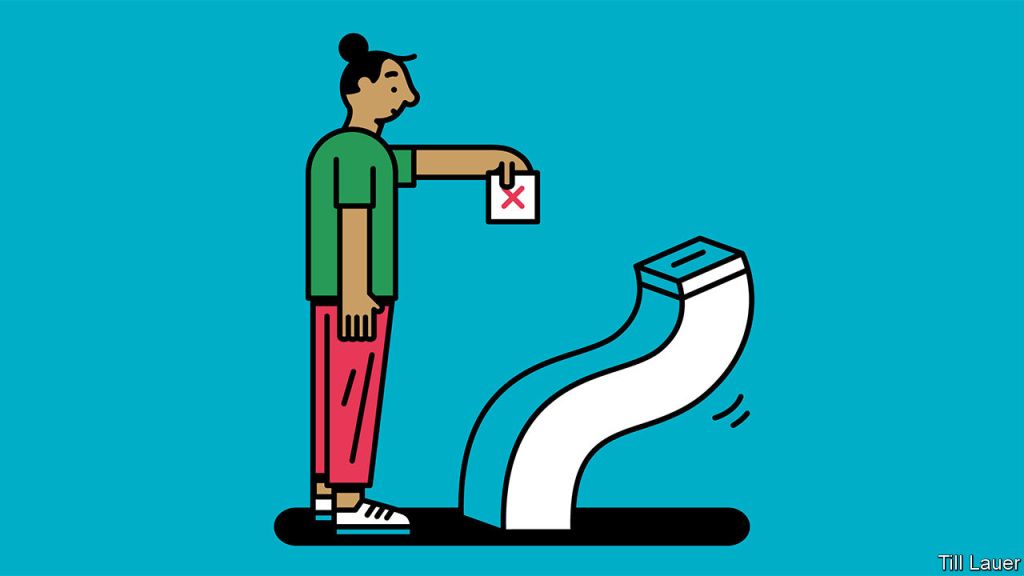 A democratic deficit eclipses the entire story of American politics. From the country’s genocidal foundation to the creation of a constitution that failed to recognize the majority of its people as citizens, to a series of biased polling requirements, gerrymandering, misinformation campaigns, and corporate influence, elected officials have hardly ever reflected the people’s will. Today’s Democratic Party insists that it fights to maintain American Democracy by exposing Trump’s corruption, but anti-democratic values are inscribed into the party’s own nomination process. If we are interested in Democracy, then the Democrat’s nomination process must eliminate superdelegates. It is time for the Democratic Party to live up to the values its name suggests.

Worried Democrats, including some Republicans, have said that Trump has undermined American Democracy. They say he colluded with Russia and/or extorted political favors from Ukraine. On one hand, they accuse him of representing other foreign (i.e. Russian)  interests— not American citizens. On the other hand, they accuse him of unfairly using his power to influence the 2020 election results and secure his re-election. In either case, the conclusion is clear: Trump is either serving Russian interests or his personal interests— which means that he is not serving the American populus at large.

Whether the allegations are true or not, Democrats’ behavior signals a concern for the fundamentals of our Democracy. We should capitalize on their claims— or acknowledge that they are hypocrites. After all, we already know that Democrats have used technology to interfere with other countries’ political affairs, which even earned Hillary Clinton praise as a social media savvy woman for promoting Twitter to prop-up Arab Spring movements. She stated that, “‘21st Century Statecraft’ is the use of these tools [internet and social media] to achieve foreign policy goals.” Almost one decade ago, therefore, American officials boasted about doing precisely what they lambast Russia for doing in 2016. But even if we accept the paternalistic and chauvinistic pretense that America knows best and that we have a right to dictate to other countries, the Democratic Party is corrupting ‘our’ elections.

The fact that Hillary Clinton rigged the 2016 Democratic Primaries against Bernie Sanders became so mainstream that it forced the party to reform its primary elections. After Hillary paid-off DNC loans and earned Superdelegate votes even before official voting had begun, it was clear that the Democratic establishment firmly backed her. This backing, along with her media connections, affirmed her claim to inevitability— that she was destined to become the nominee and then the president. The media, the Democratic establishment, and donor class mobilized to secure her nomination, giving her an unearned, anti-democratic privilege over Bernie. Consequently, people from across the political spectrum, ranging from Donald Trump to Elizabeth Warren to Bernie Sanders all have claimed that the 2016 Democratic Nomination was rigged.  In 2017, instead of denying their wrongdoing, DNC attorneys argued that the party had no obligation to be impartial or even-handed in determining its candidate.

Last year, Democrats reformed the process in such a way that literally changed nothing. The reform stated that Supdelegates cannot vote until after the regular delegates have been tallied, and that they will only vote if no candidate wins a majority of the delegates. These superdelegates literally represent the Democratic establishment, as they consist of powerful Democrats like Barack Obama and Bill Clinton, as well as members of Congress; Joe Biden is even a superdelegate.  furthermore, they can vote for whichever candidate they please— with no democratic oversight by voters. Their votes are not tied to the votes of American voters. Superdelegates represent about 15% of the total delegates, which gives them approximately equal electoral power as all the Latinos in America. It is good to limit Superdelegates’ anti-Democratic power, but the ‘reform’ merely delays their influence.

After all, from the establishment’s perspective, the obvious way around the reform is to so profoundly dilute the field that nobody can win a majority. It is already clear that even front-runners like Biden, Warren, Sanders, and Buttigieg have very little chance of winning the majority of delegates. A candidate must win 50% of delegates by winning about 50% of the popular vote, but none of the candidates have even broken into the 30% range nationally. Candidates who earn less than 15% in many states will have their delegates proportionally allocated to others, but the odds to win in a democratic, superdelegate-free election are nonetheless slim.

This leaves the superdelegates with the power to heavily influence the Democrats’ nomination process. Many of them love the tired ideas of centrism and electability— which lost them election in 2016. None of this is predetermined, and Bernie’s campaign has made tremendous strides, but the presence of superdelegates is a threat to the democratic process. A group of people with no democratic accountability will have the power to swing the candidate who earned the 2nd most delegates into the candidacy. Given the disdain that powerful establishment Democrats, including Barack Obama and Hillary Clinton, have for Bernie Sanders, whose campaign has a record-setting 4 million donations, there is a clear and problematic tension between established neoliberal Democrats and progressive Democrats. It is fine that this tension is inscribed into the voting population, but the resolution of this tension cannot be left to people who have no democratic oversight. This includes the donor class that has enough money to purchase candidates’ policy positions.

To ameliorate this, the Democratic Party must eliminate the influence of superdelegates by excluding them from the entire process; they must also fight for repealing Citizens United. Democrats suggest eliminating the electoral college system in favor of a ‘one person, one vote’ schema, but they do not even have this scheme within their own elections. And even if they did, we would not be secure against the anti-democratic power of corporate money.

Ultimately, however, democracy is about much more than the ballot box. It should describe and model every aspect of life, from electoral politics to family life to work life. Democracy means that people have power over the people, institutions, and morals that govern their lives. Only communism — which restores economic ownership to the workers— provides a framework for such a society.